The FBI has been ordered by a federal judge to stop plundering information from James O’Keefe’s phone following a raid on his home and other properties connected with Project Veritas last weekend.

The raid was a chilling and frightening overreach by law enforcement of protected journalistic work product. O’Keefe has said that his phone offers a window into what other projects he and his staff are working on — projects the Biden Administration may not want him to cover.

The FBI raided O’Keefe’s apartment about 6 a.m. on Saturday with a phalanx of agents taking his electronics and other information, which they claimed would help discover how the journalist came into possession of President Biden’s daughter’s diary.

They claim the diary was stolen. O’Keefe denies that characterization.

Judge Analisa Torres ordered the FBI to stop exploiting information contained in O’Keefe’s phone and to verify that they’d done so by Friday. 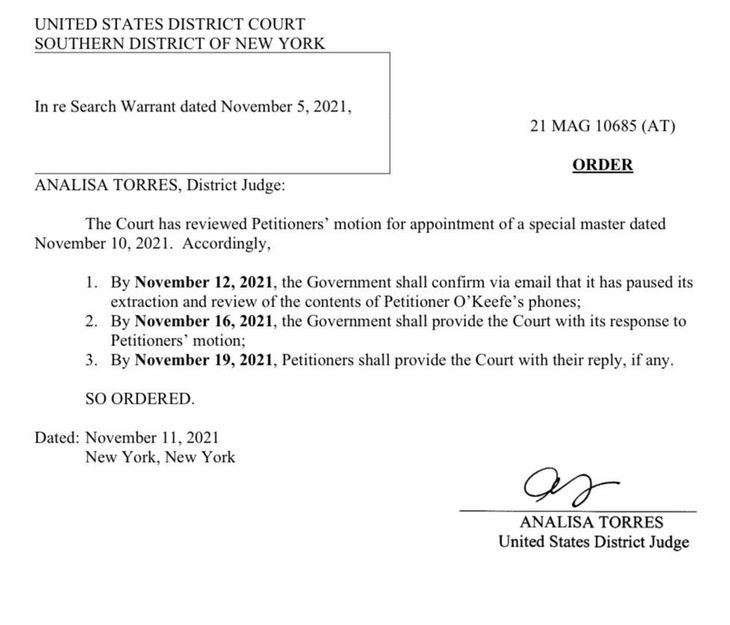 redkudzu_admin
The goal of this site is to give information. Whether from national sites or locally in Georgia.

Conservatives have a window of opportunity. We need to get busy!

There are no users currently online